Chromecast is a device designed in an unusual way. It doesn’t have a remote controller like usual set-top boxes. The whole system is also a little different from others. Uniqueness is the main eye catcher and attractor of the chrome cast alongside with numerous apps that can be used for different purposes. The good device from google might need some good apps too to ensure the maximum productivity. So, we listed some of the best google chromecast apps that can help you in different ways on you product. So, let’s have a look at them.

Note: Some of the App links may not be showing properly due to some restrictions. In the case,  just click on the desired links like Visit Store or Search Google.

There is no need for the introduction of the Netflix. It is on every platform that is known to man till the date. Having this on any device make it easy to stream videos and various services on the product. In chromecast too, the things are not different. It streams TV shows or Movies gracefully to your TV. There are many controls offered by the app like tweaking the UI, navigating through the windows and shows, giving some start to rate videos, etc… Having this on the chromecast will increase the productivity considerably. But, the small bad side is that the service is only available in specific countries ranging from US, Canada, Latin America and some areas of Europe.

‘HBO go’ is yet another good to have app on your chromecast. Those action movies will stream on your product if you already have an HBO subscription with your TV. Currently, the service is limited to the US users only. But, they are trying to expand the coverage of the service. Many movies and videos are awaiting you on the device. Numerous films including Game of Thrones, Veep, Silicon Valley are all ready to air on the product. 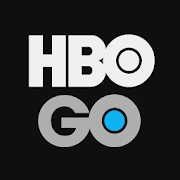 Google Play Movies & TV is the easiest way to whip the google pay videos and movies across to your TV. It has numerous features including the access to the movie browsing area even if the videos are playing. Letting the app be installed in your device will make it easier the access to the Google play movies. It is a big portion of the google media family. So, having it in your chromecast sounds good for better productivity.

Crackle is a Sony Pictures Entertainment product. The app offers free movie and TV streaming in countries like US, Canada, Australia and Latin America. The app has some ads in it, so you might expect it on the app. Having it is not a bad thing to do. It has some good features that allow the access to a vast collection of Movies and TV shows. But the fact is that most of the content on the crackle is a little older than that of other services.

BBC is a world renown public industry. They also involved their hands on the apps too. BBC iPlayer is the best example for their contributions. It supports streaming TV, radio and watching various movies online. Just boot up the app, tap the cast button and enjoy the movies and videos on you TV. Features including the seamless switching between the files and easy access to the movies also boost the productivity and popularity of the service.

BBC iPlayer
Price: To be announced

BT Sport is also a good companion to the above apps. The app is very popular among the users in the UK. Millions are using it on their chromecast for a better entertainment. Moreover, the service has some unique rights for various popular events taking place all over the world. So, it’s also an enhancement of the service. Using it will give you a better experience on the product.

BT Sport
Price: To be announced

Hulu Plus is yet another good app to try with the chromecast. The features included almost all that we have seen on the above apps. If you have failed to find any of your favorite shows on the above services, there is a chance of having it one the Hulu Plus app. So, it worthy to be installed on the device. Not that much improved as the giants on the field. But it still manages to deliver a good service.

Red Bull is a favorite name among the people. Why we listed it here? It is a drink manufacturer, right? Not at all. The Red Bull TV is available for both Android and iOS platform which enables the streaming of your favorite movies and shows right on your TV. It comprises of various features including a personalized view of recommended videos of for you. It helps to find out your favorite videos at the right place.

Crunchyroll is a subscription based service which is very likely to the Netflix. The services are that much capable of heading up with the Netflix. It also features some dedicated services and programs specially made legal for the service only. So, it enables the access to those episodes and service in certain areas all over the world. Crunchyroll also available for the apple TV alongside the chromecast.

Fandor is a store room of plenty of movies. If you are fed up of those repeatedly streaming movies on the TV, you might give a try to the Fandor app. Various movies in various genres all put together to deliver a good platform of thousands of viewable content. The features of the above apps can also be seen on Fandor too. The demandable streaming service already has thousands of chromecast users.

We listed some of the Best Google Chromecast Apps. We made this list after some continuous test procedures on various aspects. So, don’t hesitate to select any one of them. Because each one of them has some unique features alongside the normal pleasing service to stream videos, movies or your favorite TV shows. So, choose one of them wisely that fits your needs at the most.