Power Battery – Battery Saver app is a battery friend that makes your battery drain as lower as possible. As per the developers, the app can boost your battery upto 60% than the normal lifetime. This looks promising as most of the other battery saver apps not delivering this much of battery boost. The Power battery optimizes the performance of your smartphone to use only a small amount of power. The background tasks will be killed by the app automatically to ensure the battery outputs maximum performance.

Just to look at the app, it has some useful set of features like Battery booster, Charging booster, Memory manager, Battery Monitor, Health charge, etc… All are very essential to optimize the battery to save the power as much as possible. Modern day smartphones are well known for the performance with some new set of features. Like the same, they are also blamed for high battery consumption. So, the companies even started to produce 5000 or 6000mAh batteries to fulfill the needs.

Before going for that much of a costly smartphone, it is good to test your device by optimizing the current hardware and battery. So, the Power Battery -Battery Saver app will be a good option that does for what it exactly made for. There is much more to explore about the app. So, let’s have a look at them

The app has a good interface where the important functions and controls are placed one another. At the first screen, you will see a battery percentage icon with the time left to drain the battery. All other functions are placed under the icon one by one to provide a quick navigation to all the app features. Users can directly control the Wifi, Data, Brightness, Ringtone, etc… right from the software. As disabling them will help to reduce the battery consumption, the developers placed them wisely on the app.

The optimize button in app screen is the one-tap solution to optimize the entire device to consume less battery. The app will automatically reduce the battery consumption by killing the unnecessary background processes and the apps that using a lot of battery charge. It can detect some poorly coded applications that use a lot of system resources resulting in high battery usage. They will be automatically stopped by the app to help the battery last longer. Saying in brief, the interface is very simple but efficient.

As we mentioned before, the Power Battery – Battery Saver app has a lot of essential features to maintain the battery charge. Having a look at them will give you a better idea about the app and will help you to decide whether install it or not. So, let’s have a look at them.

The Power Battery app monitor the apps real-time and finds those ones which use a lot of battery charge. It will instruct the users to stop the apps manually or to let the Power battery do that automatically. After these optimizations, the app will display the exact time remaining on the battery power. As it uses some unique algorithm to calculate the remaining charge, you will get the most accurate results on the screen. In one-tap optimization, it will show you how much battery can be extended by stopping specific apps. That gives a better idea to the users.

Apart from showing just some percentages and some numbers tagged as the battery details, the app shows the most accurate results by using a special algorithm to calculate it. Based on our tests, the accuracy of the measurements was very impressive when compared to other battery booster apps. It was showing the exact time remaining to drain the battery. We tested it several times on numerous devices. And surprisingly, it showed only a few minutes difference than the actual time.

The charging booster can considerably increase the charging power of smartphones that leading to lower charge time. The app has a special mode of charging the smartphone safely. It recommends to start charging smartphone under 20% charge and continue till it reaches the third phase of charging namely trickle charging. This is a common way of charging used by many other good battery booster apps. While charging, the app automatically reduces the battery consumption of other tasks to deliver a quick charge.

The memory manager cleans your smartphone to make it run faster than before. It also does the same as boosting the battery by reducing the resource consumption. The memory manager will stop the unnecessary tasks that lead to better performance.

Information of device software and hardware

The Power Battery – Battery Saver App also lists the information of your system hardware and software alongside how much battery those tasks are consuming. It also lists how much time for various hardware are available. This is a unique feature that can’t be seen on regular battery saver apps.

Want to know more about your battery? The app has the solution for it. It will list the complete information regarding the battery including Temperature, Voltage, Health, Battery Technology, etc… That’s all what you need to know about your smartphone battery. So, you don’t need to peel that back cover or don’t need to search the internet to know more about the battery.

The app features and functions are completely customizable by the users. You could customize the app by choosing the options like Wi-Fi, Bluetooth, Vibrate on or off, how much screen timeout, etc… This let you save more battery when compared to the default modes. Choosing this wisely will give you better battery boost with improved performance.

The intelligent mode switching let you schedule and monitor time to switch the power saver mode auto and clean useless modes. This will let you not to concentrate on switching the modes manually. As it has a lot of features and configurations to set, no need to worry about the custom modes anymore. This feature is very useful when you automatically want to change the battery consumption settings even you are sleeping. The app will take care of it.

The battery skins can be tweaked as per the needs of the users. There are numerous beautiful skins available on the app to select from. It will let you change the skin of the battery icon that placed on the Home Page, Health-Charging screen, Quick-Charging screen, etc… So, you can enjoy it in your own style.

What Users Saying about the App?

Power Battery – Battery Saver App is a good one to consider if you really want to boost your device battery. It does almost better than most of other battery saver apps and provides some accurate measurements too. The user-friendly interface makes it very easy to use alongside the information provided by the app to boost the battery charge considerably. So, giving it a try may gift you a better app to boost your battery life. 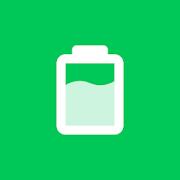