You are here: Home / Mobile / Who is the boss of the Indian Smartphone market?

Apple and Google- The biggest rivals have just launched their respective flagship phones of this year. Some Android fans are quite satisfied because Google tried something similar to Apple following the quote of Steve Jobs.

“People who are passionate about software should make their own hardware.”

Some Android fans are actually quite disappointed with the pricing of the Pixel and Pixel XL. Also, in the recent IDC survey it has been found that after Note 7 was just recalled from the market, 50% of the Note 7 buyers are going to buy the Apple iPhone 7. But, the situation isn’t the same everywhere, especially in developing countries like India where people are looking for phones which will provide them with the best value for the bucks they spend. Android vs. iOS? Most of the Indian consumers will prefer Android over iOS, except those who are just eager to try the iOS and will end up buying an iPhone 5S in 2016. Looking at the budget and mid-segment market we can clearly see how Chinese brands are dominating the market, whereas Indian brands like Micromax, Lava, etc. According to the latest report from Canalys, a market research firm, Lenovo and Xiaomi are pushing hard leaving Indian brands way behind. In the Q3 2016, the Indian smartphone market saw a year-on-year growth of around 20% rounding at around 20 million units. Lenovo smashed Micromax with their both offline and retail sales strategy and secured the 2nd position, whereas Xiaomi managed to secure the fourth position with a 170% growth in terms of shipment and we think that the main reason behind Xiaomi’s success was the launch of kickass phones at very affordable prices. Another new player in the market LYF also saw a great amount of growth and managed to secure the fifth position. In the case of LYF, the main selling factor was nothing other than Jio and the free jingles in the form of 4G VoLTE service.

Right now, India is the fastest-growing smartphone market in the world, with 27.5 million devices sold in Q2 2016, which is a 17% growth from the previous quarter as per IDC. And the number of unique mobile subscribers will hit 1 billion by 2020.

CounterPoint study also revealed that Q3 2016 was one of the best in terms of smartphone shipments and Chines smartphone makers became the biggest players to contribute to this fast growing market. Xiaomi, Oppo, and Vivo collectively managed to show a growth of 32%. And the main reason behind the growth of Chines players is that Indian smartphone manufacturers are not concentrating on the budget and mid segment which falls between Rs. 10,000 to Rs. 15,000 and can go up to Rs. 20,000. This particular segment is hugely dominated by Chinese smartphone makers because they are providing top notch hardware while keeping the price tag as low as possible. Also, the Chinese smartphone makers like Xiaomi and Lenovo are highly focused on their sales strategy and looks like both the brands have been successful with their respective sale channels. Xiaomi continues to be an exclusive online vendor whereas Lenovo is selling some of their phones online and also focusing on sales via retail stores.

The Indian smartphone market is going, but the scenario is different in terms of global sales. According to CounterPoint’s latest Analytics, global smartphone shipment grew just around 5% when compared to previous year. The main reason for this has been claimed to be the lengthening of smartphone upgrade cycle. However, in developing countries with emerging markets. In China, USA and India the performance is the key factor for growth and these markets now collectively contribute to over half of the global smartphone shipments.
Who’s the Boss of the Indian market?

Samsung is unbeatable even after we see a lot of ofChinese manufacturers getting into the market. Xiaomi and Lenovo managed to rank up, Lenovo beat Micromax to secure the second position but still, beating Samsung s something nearly impossible, at least up to this year end. Samsung still holds 22.6% of the current smartphone market in India, and the 3% growth year on year is quite good, considering the fact that recently Samsung faced a lot of criticism and trouble with their Galaxy Note 7.

Why does Samsung still rule the market?

The answer is short and simple- Brand value, customer satisfaction and after sales service. Most of the smartphone buyers will consider any one of these three factors and in the case of Samsung, they are doing quite good, though they are behind Xiaomi or Le Eco, when we talk about the value for money. Samsung has also announced that from now onwards, they won’t launch any smartphone in India which is not VoLTE capable as the market is slowly shifting to the 4G VoLTE enabled handsets and Jio set a fire with the Welcome Offer and all the free stuff, Samsung has taken this step. Manu Sharma, VP (mobile business) of Samsung India Electronics, said, “Nearly 80 per cent of the smartphone users have shifted to 4G-enabled handsets. We will launch all our future smartphones in this category across all segments.”

Who failed badly? And what’s the reason?

Undoubtedly Micromax deserves the first place for the list of losers in the Indian smartphone market. Once the company had beat even Samsung in terms of a number of shipments, but their budget-centric smartphones are now fading out from the market. The reason is basically the quality of after sales service and the quality of products. Micromax faced loss due to the growth of two types of manufacturers-Samsung is domination them, as they provide way better after sales service and on the other hand, the dominance of Chinese manufacturers are growing fast as they offer phones with kickass hardware, features and also great value for money.

Can we see Lenovo or Mi to beat Samsung and be the number one?

Not impossible, but not possible right now. Whatever may happen, but there are a lot of people who still cares about the brand value and in terms of that, Samsung is way ahead of other players in the Indian smartphone market. Now, the least we could expect is that Nokia may cut some share of Samsung in the Indian market if they launch Android smartphones next year as they have already announced a comeback. That kind of situation may help Lenovo and Mi, but right now at least for another year looks like they don’t have any chances yet.

What may be the situation in Q3 next year?

Next year as well, Samsung is very m,much likely to remain at the top, while we see some serious shuffles in the Top 5 list of smartphone makers in India. The pace Xiaomi is having right now if they maintain it the same way we may see them cutting down some market share from others. Also, in the rat race, Lenovo, Mi, and Le Eco may soon deliver a lot more and provide great value for money to their consumers. However, Micromax and Lava and such Indian brands, who make phones that are good for nothing may slowly die. Till now, Micromax and Lava have been trying hard in different ways- rebranding a phone, coming up with a new subsidiary brand promising that they have the power of Cyanogen OS and what not? But it looks like their promises are just as useless and fake as politicians and doesn’t meet the demands of the users as well.

Well, this is the current scenario going on. But I’m too sure about the fact that Micromax is no longer a very well known or trusted brand in India, because people want the best value for their money, not a room heater. Some of the YU and Micromax fans will just brag a lot, just like the CEO of the company, but yes, you can get into a debate here in the comments section. 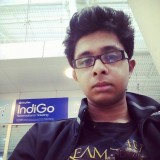