DRM (Digital Rights Management) is a technology used by certain media distributors to protect the content distribution beyond their control. Many people are against this technology as this is used to restrict the ownership of the purchased media content. For example, a video or TV Show purchased from iTunes can only be played on Apple devices with iTunes. It restricts the legally purchased video to be played on other devices. It also forces the person to buy the same video content, separately for various devices and platforms. It helps the distributors to earn more while it costs the people to spend more than once if they want it to play the video on various devices.

The restriction of DRM technology paves the way to remove DRM video and convert using a software. Tuneskit DRM Media Converter for Windows is one such software tool for DRM removal for Windows.

What Tuneskit DRM Media Converter for Windows do?

Tuneskit DRM Media Converter for Windows directly converts the iTunes M4V videos to lossless MP4 and M4V video formats. This conversion enables the users to share and play the DRM videos on multiple non-apple devices. The non-apple devices include Android Smartphones and Windows PC and smartphones. We have analyzed and reviewed the tool and the results are below.

Tuneskit DRM Media Converter has a simple user interface. Anyone can learn the iTunes DRM video conversion within few minutes. Here is our user experience with this conversion tool.

We launched the Tuneskit DRM Media Converter. We clicked the “Add files” button. It pops up a window, which shows the videos and movies from the iTunes. Another method given is to drag and drop the video files from iTunes media folder.

After the videos added to the tool, we have selected the desired output video format, subtitle, and audio tracks. Then, we have chosen the output file location. Then, we clicked the “Convert” button at the bottom right corner.

After few minutes, the selected videos converted and saved in the output location we have chosen. The converted videos played well on both Windows media player and VLC media player.

The entire process went smoothly for us. We experienced no issues or lag in the conversion process. We compared the original iTunes video and the converted video. We are unable to find any significant difference between the two videos.

Tuneskit DRM Media Converter for Windows can be installed in PC and Laptops with Windows XP, Vista, Windows 7, 8, 8.1, 10 (both 32bit and 64bit OS). It requires a minimum 1GHz processor, 512MB RAM, and 1024 x 768 pixels resolution. It supports iTunes version 12.6.2 or lower. It converts iTunes DRM protected M4V videos (both rental and purchased videos) to MP4 or M4V.

The official support is available with Email and Facebook page. The users can contact the seller through them. Other than this, detailed tutorials in the text, as well as video, are available to help the new users. The FAQ is available with all the general queries asked earlier by other users. It almost answers all the basic queries for a new buyer.

The paid users are promised with lifetime update to this software. The refund option is available. It can be claimed if the user feels the software is not working properly. However, the decision is the seller. At first, Tuneskit support team will try to solve the issue raised by the user who is claiming the refund.

Tuneskit DRM Media Converter for Windows is available for the price of $45. It includes lifetime license to this software with lifetime free update to the latest version. As of now, they have provided an update to support the latest iTunes version.

Tuneskit DRM Media Converter for Windows did what it promised. It is worth and one of the best iTunes video DRM removal software. One thing is it comes at a cost. We have analyzed its features and user experience and we found it is worth. If you are looking for iTunes DRM removal tool, you can try the free trial version available for Tuneskit DRM Media Converter for windows and decide yourself, before you pay for it. 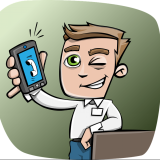