After the arrival of the JIO network, network providers struggled to compete with the extremely cheap rates provided by the company. As a result, almost all of the current operators in India significantly cut down their data, call charges to compete with JIO.

But the latest announcements state that the companies are going to increase their data, voice charges again starting from December 3. Vodafone Idea announced that the pricings of their prepaid services will be increased in effect from December 3. Airtel also announced that they will increase call and data plan charges for pre-paid customers starting from the same date.

So, this is not a good news of the Idea and Airtel customers. After the establishment of the JIO network, the companies were forced to reduce the data, call charges to stay in the business.

Most of the current customers who use them are either unaware of the cheapness that JIO provides or are staying because of other factors such as the huge network coverage. We should admit that networks such as Vodafone Idea and airtel have better coverage than JIO and other mobile operators. So, that is a huge factor while going for a sim card which is where they still dominate.

The reason for the increase in pricing is pretty clear. The companies were facing huge losses in the past months. In the 3rd quarter of this year alone Vodafone Idea has faced a quarterly loss of Rs. 50,922 crores. 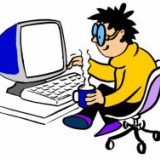