Latest, Nike’s FuelBand is in the market. Whatsoever, running, jogging and exercising. Nike’s needs charge only a week time. The Second Edition has energy efficient Bluetooth of low energy radio and offers improved battery life than its previous edition. Physical appearance hasn’t changed much, only three new color options and fitness tracking features haven’t changed, but, offers improved accuracy and ability to sense, while attempting to fame the FeulBand.

Under the black surface matte, Nike+ the FuelBand companion application, itis friendly and has ability to group kids in a separate category. Hourly reminders to stay active all the time and Sessions monitor activity feature in a set time frame a newer one. Nike secured a place in the wearable market, time to see whether it leads.

Although it looks similar to its 2012 version, the change of it is bracelet model and rugged, unlike its rival fitness trackers of rubber watch band. The FuelBand SE equipped with 100-dot LED display, whiles it wrapped around sweat wrist offers readouts and options faster than its earlier version. Facility of automatic brightness adjustment couple with choice of dot LED interface is tremendous and allows to read the screen in full daylight.

The FuelBand flashes color, when reaches targeted Fuel Goal, on its smooth finish surface with projected numbers. Nike appears to have followed Fitbit’s style of band display. Left and Right of display the hand in use, a single button handles all navigation. Swipe to see Clock and Total Fuel. Nike’s Fuel indicator is neither calorie nor pedometer but allows to add through Web Interface and IOS app.

The double button feature allows time and fuel unlike its old version scrolling to see the desired feature, enabled to stand well among other smartwatches.

USB input connection is simple with a click sound and doesn’t get loose. But, the metallic coat is prone to scrapes, because of its position at the base of the band. With extra links in the Box, available in small, large and Extra large sizes. The Extra large has Big built-in battery 70 mAh, lasts longer. This solved problem of frequent charging, requires once in a week recharge. More workouts may require charging may require a couple of times a week.

Functionality changes of FuelBand are Hours and Sessions feature. The older version can also be updated. The optional hour’s feature enables to nag before each end of an hour and helps to boost total Fuel. The task remains to pick 5 Fuel points minute, five minutes and Hour. The facility also available to connect to PC with plugin, to know hours of scrutiny, and with iPhone. interact also allows sending reminder notification.

Other feature, Sessions, holding onto the band’s physical button is activated, flashes “start” LED displays. The second tap initiates a three-second countdown. Simply a count between activity and non-activity. Sessions circles particular activity and shows a Fuel gauge per minute relates to how hard working is. So it enables comparison with fellow members on different disciplines. Sessions can be assigned to a specific activity. comparing hourly based session of different activity.

Although, the band is waterproof, no swimming option. And also lacks to enlight that session activity. The simple dot on the top-right corner of the band’s display enables jogging or running session includes little jobs such as drinking beverage sitting on a chair.

Option for “sleep.” available. Similar products offer limited sleep cycle detection, but Up and Fitbit are more capable than the FuelBand in this matter. Even restless sleep is picked up.

The software of FuelBand includes separation of specific groups, enables to compare performance with others. Other advantage is connecting Facebook and address book profile for comparison but doesn’t allow other social networks. The said facility is optional. Nike offers lots of trophies to win a gaming session, coupled with different categories.

Recently updated FuelBand app enables daily activity and comparison Fuel count against the average of others in the region. The popup window on the on the top right accesses profile and FuelBand History of the week, month and year. It also enables daily average and comparison with earlier performances, with the ability to sync friends or groups, through ‘iPhone’ only as Nike doesn’t hold Android FuelBand app.

Fitbit Force $120, Adidas $399, The Nike’s FuelBand SE includes GPS and heartbeat monitor pinches couple of hundred dollars for those features. At the same time, Fitbit offers Jawbone’s new UP24 $150, with a much more bright OLED display with features like sleep tracking and food diary. Despite the FuelBand SE is a better choice.

The Up24 is almost similar to FuelBand and option to set up challenges for fitness trackers, Nike’s ability of simple Fuel based goals lovable by most fitness trackers. Nike by all means a better option.

Comparing FuelBand with Nike+ app, iPhone 5 with motion coprocessor embedded uses same social features fuel and geotag. But, the gateway app tempts to buy Fuel Band, offers denser metrics and functionality, be along with iPhone5 around is a must.

The improvement of battery life FuelBand SE is great and laudable. And new software features are added advantage to recommend the device. But to have a comparison of friends workouts, they to need to use Nike+. However, the FuelBand SE excels in its appearance. Other devices offer more informatics feature than Nike, is negative for Nike.

Personally, I love wearable’s, for me, it is a pricey basic feature filled stylish wristband. 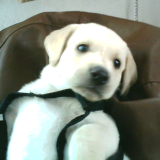