Network security is one of the most important things in this technology era. Everyone is connected to the internet and has been exposed to potential threats day by day. Especially while having some free data with Public hotspots or Airport Wife’s, the network security is at its dead end. So, before having some fun with such free internet access spots, you should better have a second check at its security and trust. For this, there are numerous apps available on the play store that claims to be protecting your network access but not actually does.

While having a quick run through the play store, we came across an app namely Network Master – Speed Test by LionMobi which not only secures your internet connection but also has a bunch of useful features. It claims that the app can prevent network threats like phishing and network hacks. In addition, it can scan all the devices connected to that hotspot, check the speed to find out the best hotspot, monitor the data usage, share the network hotspots, stop background processes to speed up the smartphone, and even fix the disconnection problems on slower connections.

As the features looks nice, we’ve decided to have a review of the Network Master – Speed Test app as we’ve already done for numerous apps recently. As usual, we will analyze its features and functions and will provide you a better idea about the app alongside our final verdict. So, let’s start.

The user-interface of the app is nice and very simple. It seems to be the developers spent a considerable amount of time in perfectly setting up the dashboard. The main screen will show you the connected network either it is Wifi or Data connection. You can have a quick security test from the main interface, and it will tell you if the network is safe or not. The wise algorithm can easily filter out the threats and warn you.

From the given buttons on the interface, you can check the connection speed and can optimize the connection as well. There are also options to boost the network connection. The app cleaner works well in stopping the background processed that use the internet connection and slows it down. So, the interface is nothing different from a normal network security app and has no difficulties in using them.

Apart from just a network monitor or security app, the LionMobi concentrated on many other features also. That makes it versatile and fulfills the functions of multiple applications. To get a better idea, have a look at the features that we found interesting in this application.

Recently we’ve reviewed many network security applications that said to be protecting users from online threats coming from Public hotspots and other kind of harmful networks. But most of them failed to do the job at least a little. But after having a series of testing procedure on Network Master, we found that the application does the job effectively and efficiently. It was successfully found some manipulated threats created by our team and informed instantly. That shows the efficiency of the application in protecting the networks.

The scanning procedure was also speedy that we had no stuck screens throughout the test. So, in terms of securing the internet connection, this LionMobi app deserves a thumbs up.

As per the developers, the app can boost the internet connection by pausing the background processes that are needlessly utilizing the internet connection. So, we tested this under numerous conditions. The results were satisfying. Even if it didn’t boost the connection like a rocket, it was at least able to prevent the background processes that used the data resulted in a slight boost in the speed.

The speedup process is very accurate and will not hurt the essential background processes of the smartphone. We liked this because some of our previously reviews apps needlessly stopped some system functions resulted in firmware misbehavior.

Data is precious these days. There was a time it was very cheap to afford plenty of data for the daily usage. But the things changed, and now we have to stick our eyes on the data before it sucking up all the balance left in out SIM card. For this purpose, we tried tracking our mobile data usage with a couple of applications alongside the LionMobi. All of them showed almost the same stats that indicates; this app also does the data tracking accurately.

If you want to share your cellular data with friends, the Network Master – Speed Test App has the solution. It is very easy to setup a hotspot which is very similar to the hotspot apps. No hassles in the process and the app was able to provide good speed across the connected devices. We tested connecting 5+ devices at the same time to the hotspot and speeds were distributed among them according to the usage. Which means, you will never face a slow connection problem if the primary connection has good speed.

After having a series of testing procedure, the one line verdict is, it is useful. If you are extremely concerned about your network security, the Network Master – Speed Test app is one of the best gems you could pick from the play store. It is extremely easy to use the application and additional features like Data Sharing, Data Monitor, Network Boost, etc. making it even more helpful. So, go and give a try to this application. 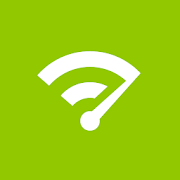