Slither.io is an online multiplayer game that has gained some serious popularity in the past few months. It has a simple game mechanism but addictive enough that you’d like to play it again and again. Who would have thought that a childhood game like Nokia’s ‘Snake Game’ would get remastered with a modern touch and gamers would make walkthroughs for it on YouTube?

The game still has the same level of competitiveness as we had it during childhood. The players make their way through the vast arena, eating the sparkling orbs and transforming into a bigger snake. The level of excitement escalates as you get bigger by killing other snakes and eating their orbs after a kill.

Supersnake.io is another modern spin on the old Snake game with an interesting gameplay. The idea is the same to get bigger by eating scattered objects and killing other opponents. Every kill produces objects that can be eaten. To make it more exciting, you get level ups and other powers to dominate the game. The level of difficulty increases as you get big and have to save yourself from spiked walls that can kill you instantly. You might find the gameplay slightly slow in comparison to Slither. The game is worth checking out for those looking for similar games like Slither.io. In our list, we consider Supersnake.io as one of the best alternatives to Slither.io. It is available on Android, iOS, and Web.

Agar.io is the staple amongst all the apps that are mentioned here. It’s existence dates before slither.io and is considered the inspiration behind its making. Here instead of snakes, you play as a cell. You get bigger by consuming other cells. The bigger you get the better you dominate. The game gets interesting as you chase other smaller cells to eat and split your mass to eat them. If you get too big, you can eject some mass into smaller cells that stay connected with the parent cell. The width of your field will be increased which will help you in domination over other cells. The game is available on the Web, Android and iOS.

Bored of playing with organisms? Well, here’s another Slither.io spinoff that makes use of something hardcore. You guessed it right, Tanks. The objective of the game is simple, you shoot at other player tanks and the object around. Each player and the object has health, when destroyed you get points out of them. You can upgrade your tanks with different shooting ranges and defend yourself from others. The game is so intense that you would easily spend hours behind it. Tank.io is available on Android and iOS.

Osmos is the most surreal game in this list. With a similar game mechanism to Slither.io, Osmos has come forward to provide you an ambient experience that lacks in most akin games. Your object as a Mote in the game is to absorb other smaller motes and be aware of other modes that might be harmful to you. The world keeps changing as you progress and face many difficult challenges. The game is more of an experience as it displays stunning visuals and a minimalist electronic soundtrack. The game has received many awards and is worth playing. The game is available on almost all platforms.

Slipix.io is another interesting game, not so similar to Slither but playable. The objective of the game is to create bigger blocks of your color and don’t let anyone else steal you created blocks. Whenever the opponent enters your block area he has the power to steal your area. You can destroy other opponents whose block area is smaller than yours. If you want to destroy a bigger opponent, you must clash with them in your block area or else you must avoid crashing. The game is fast paced and perfects to kill some time. It is available on the Web only.

Snakepit.io has a game mechanism similar to Slither.io but it also sports some original gameplay too. Apart from getting bigger by eating objects and other snakes you also get the chance to collect stars. On collecting thirty-six stars you get $0.25 Amazon gift card. Yes, you get rewards on collecting these cards which can be redeemed later on. However, it is not easy to find these stars and you’ll only see them as you progress in the game. The game is worth playing considering the gameplay and redeemable rewards. It is available on the Web only.

MyFrog.io is another similar game to Slither.io with just a different environment and slight difference in gameplay. The object is same, you eat other organisms around to get big but if you want to kill other opponents you leave a trail of poison behind you. Anyone passing through this trail will die. Considering the originality, the game is worth playing and a great alternative to Slither.io. It is available on the web only.

Limiax.io is very similar to MyFrog.io but instead of Frog, you are a teardrop-shaped being that can consume other beings on the map. Similar to MyFrog.io you can kill the opponents by leaving a trail behind you which also helps you lose your mass. The game is fast paced with a minimalist design. Unlike other games, you get different modes to play that include 1 versus 1 match. A great contender to be called as an alternative to slither.io if you will. It is available on the web only.

Lazerdrive.io is more of a survival game where you are a ‘line’ and have to survive from the lines of your opponents. If you crash into other lines then you die and if someone else crashes into yours, they die and you get points to get a bigger line. There is nothing to consume here, you just have to make sure to not crash into other lines. The game is fast paced and the survival factor makes it so interesting. Here too you can use strategies to trap other opponents into crashing your line. The game is available on Android and Web.

flOw is considered to be a predecessor to Slither.io. You play as a sea creature in a vast ocean where there are different creatures to consume and creatures that might even consume you. The game has an aesthetic environment with stunning visuals and a mesmerizing background music. Unlike other games, flOw’s multiplayer ability is limited to 4. The reason is that it available only on PlayStation and can be played only on PS devices.

Worm.is is a total clone of Slither.io. Instead of a snake, you play as a worm. The game mechanism and gameplay are both the same. You use the same strategy to kill other worms by crossing them and trapping them in your area. You get bigger as you consume scattered objects and by killing other opponents. Worm.is is available on the Web.

This list cannot be completed without mentioning the old Nokia Snake game that has been the inspiration for all the above games. The gameplay you get here is similar to what we used to play on our old Nokia devices. You eat blobs and get bigger in size. The map size is limited and there are three levels of difficulty available. The game design is mimicked with the Nokia screen background and does well to make you feel nostalgic. The game is available on the Web and you need to enable Flash Player to play it.

The Best Alternative to Slither.io?

Speaking of my taste in gaming, I like games that are fast paced that require you to shoot. From the above list, I consider Tank.io as the best alternative to Slither.io. The game allows you to play with different strategies to fight and survive from your enemies. Which is your best alternative? Do let us know down in the comments. 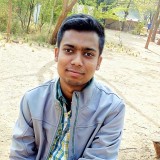 Abhishek is a Freelance Tech blogger and an avid coder. He's an Android Freak and loves customizing and fixing all things digital. You might also want to check out his blog alltechflix(dot)com where he shares his love for Tech.