Are you a new generation, phone loving, college goer, but too young to invest a good amount? Or a recently graduated job seeker who would love to flaunt his taste in technology to the world waiting outside the university premises? Well, be it a pro PUBG player or a selfie queen who loves to Tik Tok, Xiaomi got you everything in a superb phone priced at an amazing value of INR 14,999. Xiaomi Note 7 Pro with its all-new Qualcomm Snapdragon 675 processor is all grounds set to give you a colossal personality without being any heavy on your pocket.

When the phone came to us for a handheld experience we were amazed by some specification mentioned on papers during the launch and trailers of the phone. The phone holds very strong highlights despite being a budget phone. It comes with a 48 + 5 MP rare camera, 13 MP Selfie camera, the all-new Snapdragon 675 processor, an Adreno 612 CPU with a 4000 mAh battery.

Packing up so many features at just a mere 15000 bucks, does this phone really stand up to what it promises? Does it give you a satisfaction of owning a phone, which is good enough? What about its day-to-day performance? All your answers right here in this post.

Xiaomi did not really disappoint us when we got down to testing it in normal day-to-day conditions for a week. The phone comes in handy with usually light 180 gm, flat edged, slim body, and a good 6.3 inches full HD display at an aspect ratio of 19.5:5. Least possible bezels as always desired but still got a slight chin edge, which sounds acceptable for a budget phone. A pixel-dense screen at 1080*2340 pixels summing up to a PPi of 409, which is not at all bad for a good smartphone.

The phone registers some qualities of good high-end phones that are marked at a much higher cost. It comes in a black metal design with a glass front and back (Oh Yes! Xiaomi finally opted for the black metal look, leaving behind its traditional plastic bodies this time).

Gorilla glass 5 on the top and rare sides make it “not” prone to scratches. Along with this, on unpacking of the phone we were happy to see a transparent phone cover coming complementary (Free gifts to cherish, hah!). The Android 9.0 (Pie), dual sim phone, with a perfectly placed fingerprint sensor on the backside, does absolute justice to its price when talking about the design and display of the device.

During this week of testing, we did create a little mess at a friend’s treat. The mess was big enough to spill some cold drinks on the tables at the restaurant. Despite being non-water proof in its true performance, the phone manages to live through some splashes of liquid when you are at a pool or just messing around as we did, as the phone comes with a p2i water repellent coating.

Camera spec of the phone amazed us when we read the specifications at first. A 48 + 5MP Sony IMX 586 dual rare camera with a video capability of 4K at 30 FPS, was just not something we were expecting. Backing in high-end camera senses the phone gives an amazing camera experience, not just on papers but also when brought to the real test.

The bright and detailed photos come with great dynamic, except for being a bit too sharp. The rare camera works flawlessly in the low light too. The night mode is not very different from the normal one but does make the picture noticeably bright and warm, it helps clicking more subtle pictures, which is something new to experience on a budget phone.

Despite the fact that the camera quality of the phone did not disappoint us at all but the flagship 48 MP camera feature was not that impressive. There is no noticeable detailing difference in the 48 MP and the 12 MP mode of the rare camera. The 48 MP mode did not stand up to the expectations also due to its lagging and weirdly slow processing speed, let alone the quality. Despite performing lower than what the numeral suggests, the camera sensor of the device still manages to beat the competition really well.

The selfie camera comes in as a satisfactory feature at 13 MP but ruins it up in the low light zone. Having said all that, altogether the camera feature of the phone does pack up with some major upgrades of the previous versions from Xiaomi.

It is a happy fact that the battery standards of Xiaomi are pretty good as compared to what the other players in the market offer. 4000 mAh battery sounds virtuous when compared to others but is usual when mapped with Xiaomi standards, so even a 4000 is delightful to expect from a phone at such a convenient price.

The one thing that literally forced us to take a shocked second look was the 10W charger that came along with the phone. It takes an eternity to charge the phone in the era of Fast Charge competition. The phone takes 2 hours 20 minutes to reach from 10 to 100%. Only if you afford to buy a fast charger separately, the phone is well compatible with fast chargers too.

The performance, as per the perception with which the phone must have been designed is excessively strong. An averagely good battery backup, un-disappointing camera feature, good to go with the display for games and videos, it’s got a new processor used by high-end phones despite such low cost. The phone is amazingly capable of handling heavy-duty apps and games with the utmost ease.

The device comes with a 4 GB RAM, a type C charger (though with less Watts) Li-ion 4000 mAh nonremovable battery and great looks. In short, it’s absolutely good to go stuff if you are planning to buy your first smartphone or maybe replace an older one just for the love of having a new device.

Although the phone doesn’t come with much to vaunt as an additional feature, there is this little bright notification LED at the chin of the phone that comes as a nice surprise that usually smartphones makers avoid to include.

The latest budget smartphone, undoubtedly accomplishing much better than any other of that category from the past, the device comes in as a new star performer in its forte in the Indian Smartphone market. It offers some astounding specs that would surely bring Xiaomi back to the lead.

Xiaomi Redmi Note 7 Pro, undoubtedly accomplishing much better than any other of that category from the past, the device comes in as a new star performer in its forte in the Indian Smartphone market. 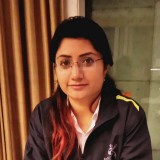 An MBA morphed writer, who factually overthinks even about overthinking. Could be found with a backpack walking down the lanes of an unknown town, or hunched up in a cosy little room. Loves Chandler and Pizza. Fond of deep, intense writing skills. Believes in being nice but has a veiled side too. Words are an escape when reality gets humdrum. Goes crazy over vocabulary and often awkwardly behaves like a Grammar Nazi, inadvertently, at the most inappropriate time. Believes less in the trending stuff, still loves coffee over tea. Proudly owns a miraculous treasure in the form of a heart-warming playlist.