Much awaited Call of Duty Mobile recently launched and we have the mobile device requirement details in hand. The game is a first-person shooter from the Activision company and originally developed by the Chinese company Tencent. The game is actually scheduled on October 1st and many gamers around the world including the PUBG fans are waiting for the launch of the game.

The game is set to launch for both Android and iOS platforms. Here are the details of the mobile requirements given below.

For Android device owners, in order to play Call of Duty: Mobile, your device at least needs to have 2GB RAM and running Android 5.1 and up.

The game is suitable for the devices running iOS 9.0 or above.

For Android 2GB RAM is available on many devices including low-end Android. It means the company is developed the game compatible with a variety of Android smartphones and tablets. Make sure to update your Android with the latest firmware available for your device to make the device compatible with the game.

For iOS owners, the compatibility issue is limited to the software version. There are plenty of Apple devices available running iOS 9 and above versions.

These are the list of Apple devices supporting iOS 9 and above.

Coming to the game popularity, the Call of Duty: Mobile is launched on October 1st and since it has been downloaded 20 million copies on a number of Android and iOS devices. 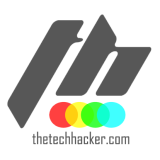