Guest mode is a useful feature comes with Android devices. Most probably, most of us may be faced situations where we have to share our smartphones to friends or relatives. At that point of time, we can’t simply go to the settings and search for the method to turn on guest mode. So, there are several apps which allow you to simply switch and manage user accounts. We’ve listed some of them here in this article on Best guest mode apps for Android. Have a look.

App Locker with Guest mode is actually an app locker which is coming with the guest mode feature. The app will help you to lock apps, hide private videos and movies, pictures, images, and gallery content from guests. So, it does a good job by providing a guest user environment on the smartphone. You can set your own access credentials to control the features.

The Guest Mode – AppLock Privacy app too does the same job as the above app. It also consists of a highly secure app locker coupled with the Guest mode feature. Users will be able to control the severity of security provided to the whole device by configuring the access levels and permissions. You can also set a timer for the guest mode which is a unique feature among these guest mode apps.

AppLock Pro is an app locker which is also coming with the special features like Guest Mode and Contextual model. It has something more than the above apps including the quick charge feature and the break-in alert. The app will alert you when someone tries to enter your smartphone. The guest mode can be controlled in the same way as there in the above guest mode apps.

This is a dedicated guest mode app with nothing more than switching the guest and user modes. You can create extra users as guests by limiting their access levels. To be honest, the app has a lot of negative response on the play store that may not be favorable for a good app. But, it still manages to stay on the list of this top 5 guest mode apps for the Android. 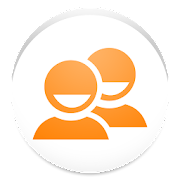 SwitchMe Multiple Accounts app true the name by letting you switch between multiple user accounts on your Android device. The con is that the developers are not providing direct support for the app. Instead, they are suggesting to read the information carefully.

These are the list of the best apps which let you enable the Guest / Private mode in your Android device. We hope the list helped you.