Budget laptops for business oriented users and students have been built over the years by various companies, but not to the standards that would make the users buy it over and over again if they had the opportunity. All that is changing, however, as companies like Lenovo have begun thinking outside the box, and has addressed such an issue with its ThinkPad 13.

Built in two colors – a move away from the conventional black color of the ThinkPads – the Lenovo ThinkPad 13 now comes in a shiny, eye-catching silver finishing. One glaring difference between the two colors is the fingerprint reader that is only available on the black model for an extra $10. The difference between both colors notwithstanding, Lenovo offers this extremely rugged ultrabook which passed series of very tough military-grade tests at a reasonable price yet weighs just a tad above 3 pounds, making it extremely light and very easy to slip into a bag and carry around.

The ThinkPad 13 is configurable on the Lenovo website, but ticking more boxes that catch your eye raises the cost of the laptop to about $1000, without giving you the better value laptops at that price could give. The specifications include an anti-glare IPS 13.3-inch full HD screen which surprisingly has a resolution of 1920 x 1080 with wider viewing angles for such a budget laptop.

Other specifications are the variants which depend on the configuration chosen by the user.

The Intel HD Graphics 520 means the ThinkPad 13 is no match for the VR ready Alienware 13 with its Nvidia graphics chip.

The Keyboard on the laptop is very easy to use and is designed to be spill resistant – that doesn’t mean you should always keep a cup of coffee beside it. The function rows serve as multimedia keys by default – the speaker produces a fairly good sound for a laptop of its class – while the Fn key pressed with the F1-F12 keys brings up the functions in those keys (The 2016 MacBook Pro uses a Touch Bar in place of the function keys). Its keys are soft and at the intersection of the G, H and B letters, is the TrackBall pointing stick, which is pretty handy when in use although you may have to look at the keyboard occasionally to locate it. The trackpad is not as great as the keyboard as it is smaller than expected. It, however, does its functions well.

The dot on the “i” on the ThinkPad logo on the laptop illuminates to give you an insight into the laptops power state when it’s closed. To the left side of the laptop are the power jack (which supports the Lenovo OneLink+ dock connector that allows) and a USB 3.0 port. And to the right, there are two USB 3.0 ports, a USB Type-C port, an HDMI port, a headset jack as well as the SD card slot and the security lock slot. The Ethernet slot is absent on the ThinkPad 13 but is taken care of by the $180 OneLink+ dock connector.

Battery life on the Lenovo ThinkPad 13 is quite appreciable, although it falls shorts of Lenovo’s 11 hours, as it did well at around 9 hours.

There’s every reason to believe that Lenovo would make the next ThinkPad better than the current one, even as the ThinkPad 13 finds its way into the lives of many given that Lenovo is giving a 35% discount on select ThinkPad 13’s for a limited time. 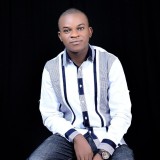 Edeh Emmanuel is a technology lover with a good passion on tech stuff.