From the report given by 9to5Mac , it is confirmed that there are around 25 iOS Apps in the App Store, between fitness and weather applications, sharing users location data to the third party companies.

These applications have remained available in the Apple iOS Apps store, despite the fact that they contain a code that covertly shares, the location and other user information, which is shared with monetization companies, despite the privacy policies Apple and data protection.

According to security researcher team, there are several popular applications in the App Store, which secretly compile location histories of mobile devices. This use of a packaging code, provided by data monetization companies; even the report published by GuardianApp of Sudo Security Group, says that these applications have been used to send GPS coordinates to companies whose earnings depend on the money they get from the acquisition and sale of data.

While it is true that iOS gives us the ability to keep track of those applications that have access to our location data, these affected applications use the location for their native functions, used in weather applications and fitness applications.
All the location data monetization companies listed on this page collect one or more of the following data points:
• Bluetooth LE Beacon data
• GPS longitude and latitude
• Wi-Fi SSID (network name) and BSSID (MAC address) of a network)

Among the detected applications, which include a code to collect information in a concealed manner include GasBuddy,  NOAA, MyRadar, and C25K 5K Trainer, applications that are popular in the Apple application store.

In addition, about a dozen number of data-monetization companies have been detected, including RevealMobile.com, which has been discovered, for filtering information through popular meteorological applications, adding in addition about 100 regional news applications.

How to avoid exposing our data to these companies?

An alternative way to avoid exposing our data to these companies is to completely remove such apps. Though there is another way to avoid it by following these steps. So, we can potentially mitigate our data exchange with third-party companies.

• Go to Settings> Privacy> Advertising and active Limit Ad Tracking in order to make the unique identification of your iOS device more difficult for crawlers location.
• Press “Do not allow” if the Location Services-permission dialog box contains “View privacy policy” or similar text.
• Use a very generic name for the SSID of your home router.
• Disable Bluetooth functionality when not in use. 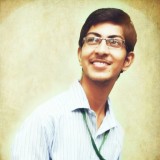